Known as one of the oldest ziggurats in the world and one of the most precious sites in Iran, Tappeh-ye Sialk (also Tepe Seyalk) is home to the most ancient archeological remains, dating back to circa 6,000 BCE. Whether it is a marking on a ley line or built as the heart of an ancient civilization by the abundant Zayandeh Rud (‘Life-bearer River’), it is a truly astonishing archeological anomaly. This rich ziggurat, built by the Elamites, is so densely filled with ancient artifacts, it is still be excavated to this day. Come along with goingIRAN to learn and discover more about this destination! 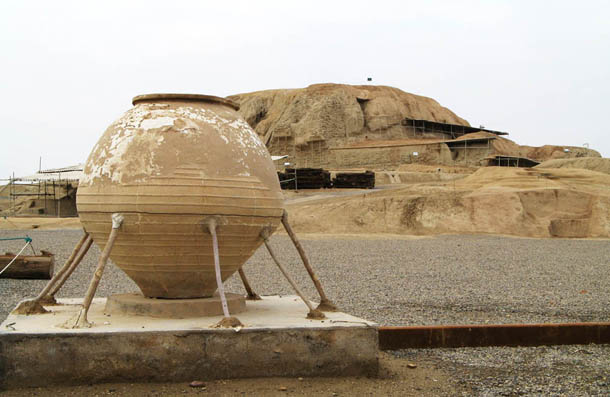 The remains of this 5,000 year old ziggurat in the suburbs of Kashan, Isfahan, are not in the most pristine condition. Although three platforms of the larger ziggurat are still remaining, the same cannot be said about the smaller structure. Strangely, while the ziggurat is believed to date back to 2900 BCE, many of the archeological remains found in and around it have been dated to 6,000 BCE! The ancient water spring, named Cheshme-ye Soleiman (Solomon’s spring) still exists in working order today. Close by this ancient site, a cemetery dating back to 5,500 BCE has also be uncovered.

Excavators have found the occupation of this area to have been in 6 main phases. Throughout the ages of societies that had come and go, numerous dazzling ceramics, bronze and silver artifacts, stone axes and bone objects have been uncovered. Each artifact increasing in build quality and resilience with the passing of time. Phenomenal examples of clay vases and bowls have been excavated; revealing the earliest forms of proto-Elamite cuneiform script and the invention of the potter’s wheel. The most famous and renowned forms of pottery found at Tappeh-ye Sialk are the long-beaked-spout clay pots that usually adorned in mystical drawings and designs. 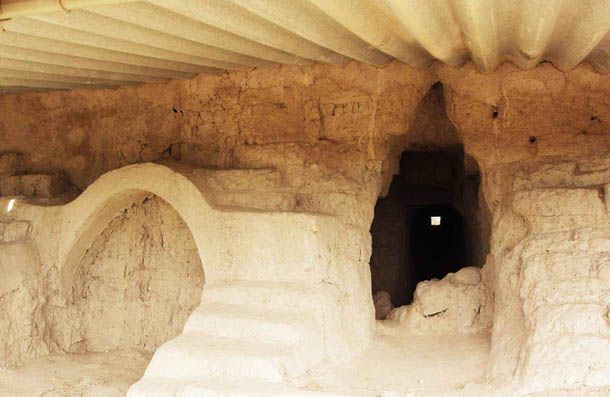 The first excavations of this most ancient Iranian site took place in the 1930’s by a foreign team led by Roman Ghirshman. Following that, between 1999 – 2004, numerous additional excavations took place by the University of Pennsylvania and Iran’s Cultural Heritage Organization. All of the former excavation had resulted in the wide displacement and looting of the ancient artifacts. As a result, many of the prized vessels and artifacts now sit quietly in the Louvre, British Museum, and the Metropolitan Museum of Art in New York. The remaining pieces are either in the National Museum of Iran, the National Museum of Kashan, in Fin Garden, and in the hands of private collectors.